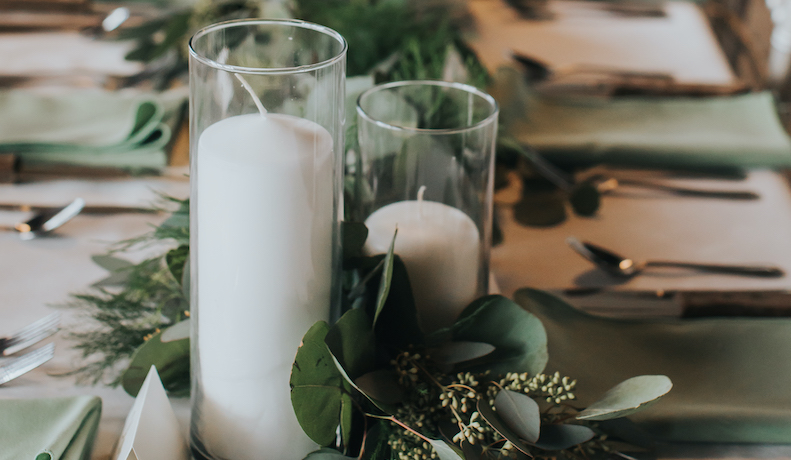 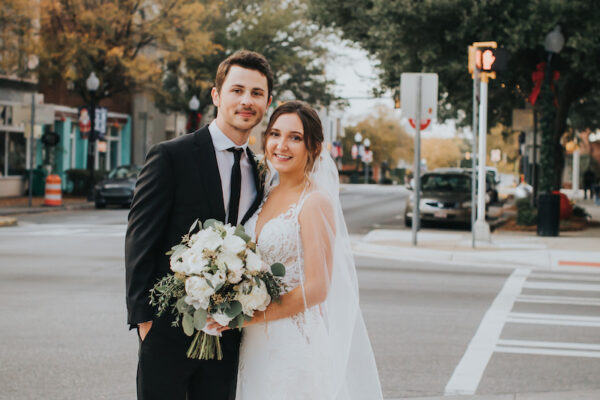 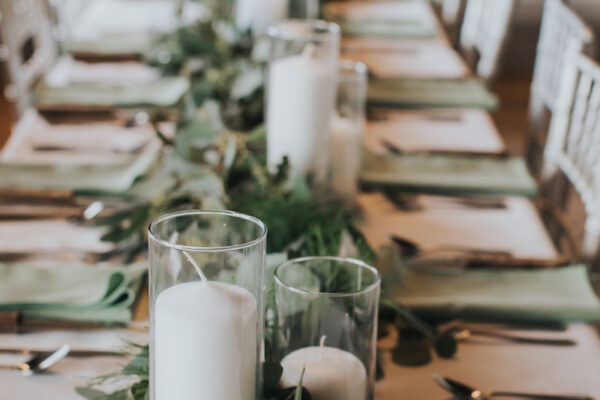 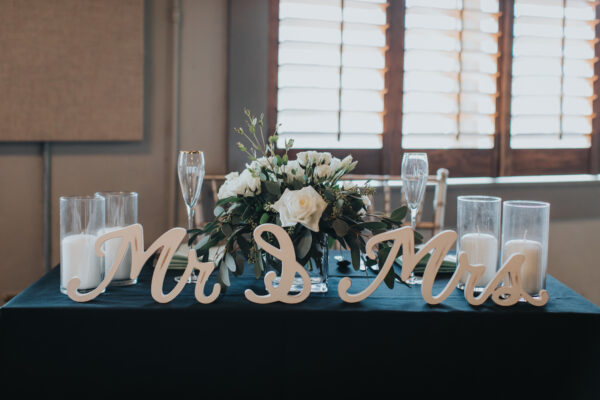 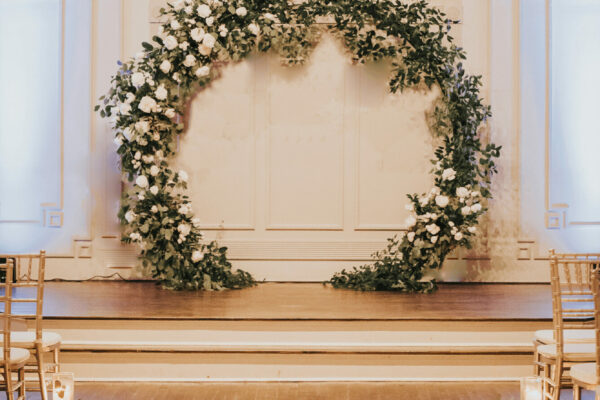 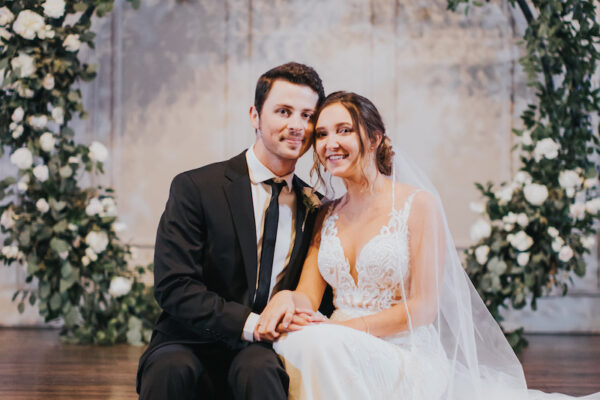 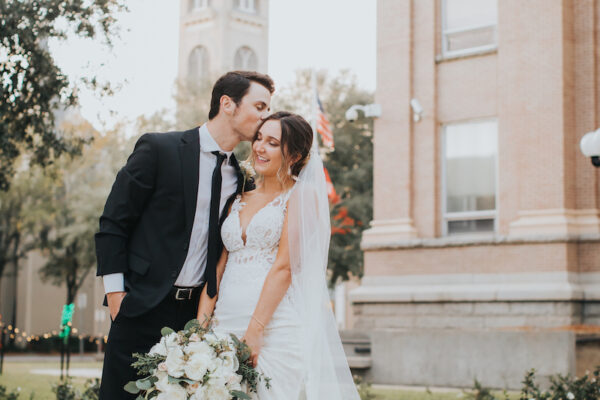 Monique’s bouquet was solid white. It was made of white roses interspersed with white peonies and abundant natural greenery featuring eucalyptus, fern, and dusty miller. The bouquet was wrapped with ribbon, and Monique chose to add a keepsake charm (a small picture frame with a treasured photo), to the wrapping of her bouquet. She also added baby’s breath to her hair. The bridesmaids wore light green floor-length dresses. Mirroring the bride, they carried small white bouquets of roses, peonies and natural greenery.

The reception was held in the same space. Greenery acted as the centerpiece for all of the guest tables. Candles in clear votives sat amidst the greenery and ran the length of the bridal party’s table while the guest tables were decorated with wreaths made of greenery. The bride and groom’s table was indicated by an arrangement of white roses and heavy greenery in a square glass vase. 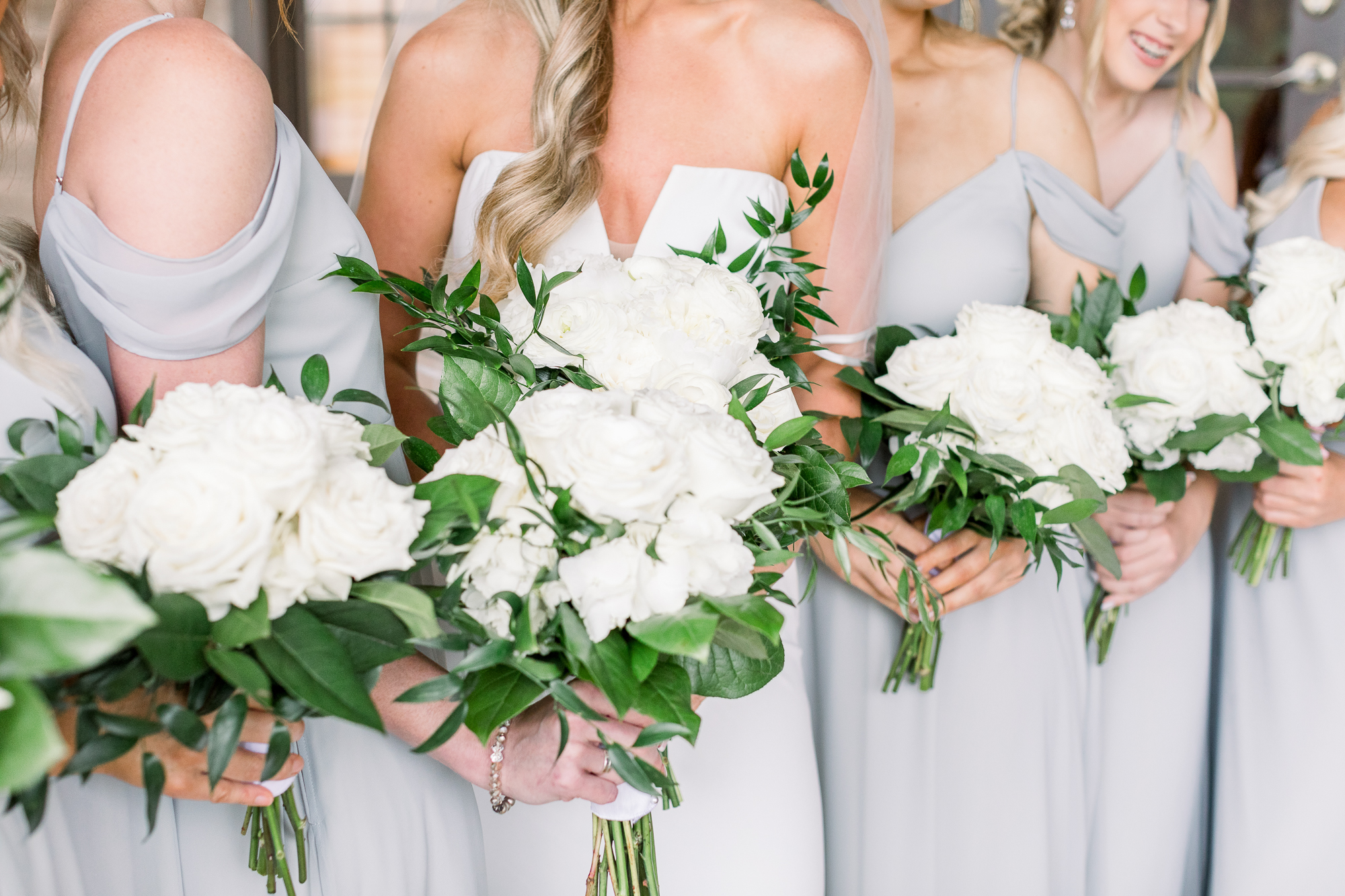